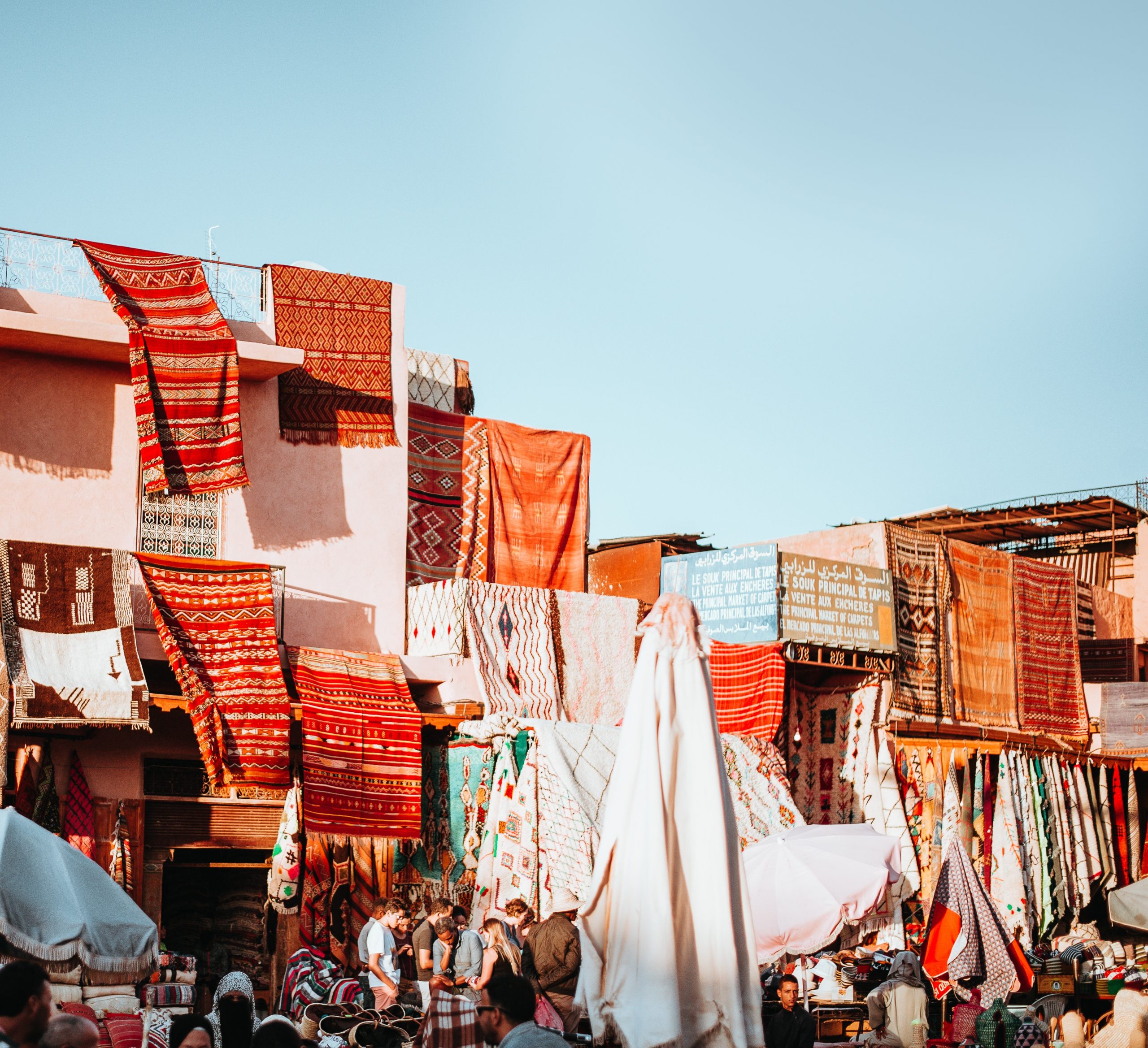 We all have a thousand invisible threads tied to us, threads that tug gently as we move throughout our lives. We move like puppets, tugged on by some sort of supreme puppet master. Each thread is a reminder of a former self we chose not to be that still lingers in our memories, our “what ifs”. There might be a thread tied to your pinky, or one that makes your mouth twitch, or one that strings along your feet, taking you elsewhere.

We are faced with choices all the time, from the mundane decision of what to have for breakfast to the bigger decisions: whether to turn a hobby into a career, despite its impracticality, or whether to stay with someone who hasn’t really given you a reason to stay. Every time we make a choice, we discard all the other options. All these unmade decisions stay with us, always tugging to remind us of all the alternate realities and unseized opportunities out there: our unlived lives.

My threads have a habit of tugging at me late at night. Sometimes I feel like it’s the threads making me toss and turn, reminding me of all the other lives that exist out there as I live this one, in Melbourne as a student.

Dreaming about alternate lives is something that runs in my blood. Like most Pakistanis, my parents debated whether to start their married life in Pakistan, or seek another life elsewhere. They had alternate lives waiting to be lived out in Canada, America and the UK, with each life offering up kids with differently accented variants of English, as well as options across Scandinavia. Eventually, they chose to head somewhere that they already had relatives: Norway, where they later had me and my little brother in the late 1990s. A few years in, however, their Pakistani instinct kicked in again, and they began to wonder how life would play out in a different part of the world: same cast, same script, different setting. Things were not quite right in Norway, and they were convinced something better was attainable. With two kids in tow, they eventually settled in a medium-sized city in Australia.

So much of who I am today emerged from the fabric that my parents had begun to stitch. I find myself navigating between cultures, cherry-picking my favourite things to create my own patchwork. Our clothes are beautifully embellished, our jewellery on special occasions are unapologetically loud, and our food— well, our food you’ll have to taste for yourself. Our people are hospitable and there is nothing sweeter than the way we greet friends of friends, who we are meeting for the first time.  She is your friend? Then she is mine too.

And then there are the scraps that I have chosen not to include in my patchwork. There are gender imbalances, conservative attitudes and a keen interest in other people’s business. These are aspects of our culture that I have instead replaced with Australian values of egalitarianism, open-mindedness and a respect for others’ privacy.

The way that Pakistani and Australian culture has come together to influence me is something that becomes profoundly apparent to me when I compare my life to new migrants, or to those still living in Pakistan.

It doesn’t take a very in depth Google search to get a sense of why millions of Pakistanis are heading abroad to experience the kind of life that my parents went searching for 30 years ago. Corruption, poverty, terrorism, pollution and crime are problems that only seem to be increasing, and people are convinced that life would be better almost anywhere else. Pakistan has seen a steady exodus, with my parents’ generation being one of the first to leave.

Meeting Pakistanis who have recently come to Australia reminds me of my patchwork past.  Be it an Uber driver or the food delivery guy, we are immediately connected by our common ancestry. Appearances and names immediately disclose our ethnicity to each other. We talk: or rather, I stumble over Urdu words that I don’t use nearly enough, and they eagerly over-pronounce English words as we connect over our culture. But just as quickly, the threads that tied us begin to stretch and fray as we realise just how different we are. Something feels wrong when my Uber driver chauffeurs me home from an indulgent night out, and I know that he will continue driving for most of the night while I will sleep in the next morning. I will complain that I’m broke but order food to my doorstep anyway, while the delivery man has to send most of his earnings back to his family. And despite knowing this, I don’t tip him.

Sometimes they flirt, giddy and nervous at the idea of finding a girl their mothers would love, that girl-next-door who reminds them of home. “Where in Pakistan are you from?” they ask, and are quickly disappointed when I cannot give them the answer they want. “Do you live alone?” they ask, sometimes smirking or sometimes embarrassed to ask something so loaded. I would lie, say I lived with my parents.  I edit my story as I tell it.

While moments like this make me question the layers of identities I am comprised of, it also reminds me of the identities I could have had. If my parents had left Pakistan say, 15 years later than they did, or if they had stayed and instead it was me who was the first in the family to leave, how different would things be? Would I be the patient Uber driver enjoying a flashback of home as a drunken passenger shares too much information about themselves? Would I be the 7/11 cashier blasting traditional music through the store, trying to feel at home? Would I be working overtime at a job that I would think of being beneath me back in Pakistan?

My parents added to their Pakistani education with free university education in Norway, meaning they slipped easily into professional life in Australia. Young Pakistani migrants today, however, are facing bigger barriers. Their degrees are not respected in Australia, and Pakistan as a whole has an inferior status on the world stage. The point where these migrants are starting and the point where my parents started at the same age are vastly different. Everything I have today is a fluke of dates and times and stars aligning just right, thanks to my parents’ decision to move in their youth, and not leaving that decision for their children to make.

When a baby is born to a Pakistani family, we joke that you should not ask “Is it a boy or a girl?” Instead, ask “Is it an engineer or a doctor?” Boys, with their natural logic, are to design roads, buildings and machines. Girls, naturally gentler, will make for caring doctors. When the umbilical thread is cut, the child drifts down their assigned path. Every path laid down for us is part of the Pakistani quest to want to live the best life possible in the best place possible. The better the job, the better life will be, with work divided into predetermined categories. These are the paths that have already been paved for our convenience by our enterprising parents, seemingly set in stone. Sometimes though, roads have turns you don’t see coming.

Ever since I was a child, I was known for my words. For speaking both Norwegian and Urdu, for being my little brother’s translator, for telling exaggerated stories and for hungrily devouring books. I naturally grew into writing stories and poetry, and my parents could see this was the trajectory I was to follow. They pulled and nudged from time to time, talking about how wonderful doctors are, or how practical businesspeople are. But it was always clear I could hold a pen better than I could a scalpel.

Other Pakistanis, however, could be a little less understanding:

“What do you want to be when you grow up, dear?”

Defeated, I would always say, “Close.”

Despite our long history of famous poets, art as a profession is something that many Pakistanis cannot understand as it has little practical application. Many still operate on a survival mentality, thinking: what will make the most money, for the longest time, and with the greatest status and honour? After all, this is how you make your way in the world.

Writers face mental barriers at every turn, with some jams lasting worryingly long. At moments like this, I feel the threads tugging hard, offering up smoother and straighter paths to go down instead. Everyone knows, after all, that writers are poor, hungry and sad, yet we all chose to prioritise writing over more stable career options. And when this choice turns out fruitless compared to friends who are scoring internships and graduate jobs, we begin to doubt.

In these moments of doubt, the threads tug hard. While our parents were overwhelmed with options for where to migrate to, we have so many career options that the flexibility and choice is overwhelming. Survival is not the bare minimum bench mark anymore – success is. But that is exactly it—the options and freedom of choice are exactly what our parents ventured out to provide for us. Their survival mentality was about physical safety and security, to be achieved through education and hard work. Their children too, have a survival mentality, but one of cultural and spiritual survival. Storytellers, after all, are the ones that keep culture alive.

Out of all the paths I could have been on, I am on this one. The threads are reminders that I have options and freedom, but every time I say a little too much to an Uber driver, I remember that telling stories is something I cannot stray from.

Photo by Annie Spratt on Unsplash

The Essential Templates that All Freelancers Need, and Why

Upskilling in the Age of COVID-19

How to Use Upskilling for a Career Change

With an education in Creative Writing and three years’ experience in content marketing, I have the skills necessary to write content that is both beautiful and effective.

I look to inject personality and artistry into all the work I do, with my technical knowledge tying it all together. The end result is beautiful content that engages and converts.

My creative writing done on the side has been published in Voiceworks, Farrago and The Financial Diet.